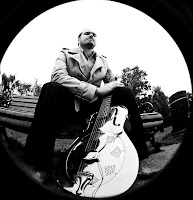 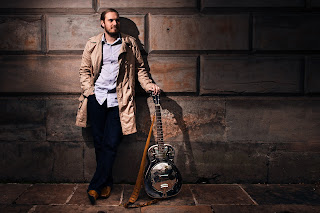 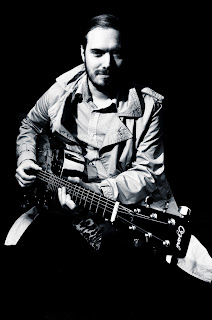 I suppose I knew my policy of saying yes to any solo stuff that came my way was bound to lead to some weirdness eventually.  Sure enough, on Friday night, I was down in Birmingham about to play when the soundman informed me that a stripper would be arriving for one of the regulars' birthday surprise during my set.  So I got the signal, finished my song, and a lady came in and took her clothes off.

Now, whilst I'm pretty confident of holding my own in a line up of musicians these days, competing for the interest of a crowd of burly brummie blokes with the promise of soon-to-appear naked flesh is a new one on me.  I didn't think I performed too badly under the circumstances, but I definitely felt it was a room who tolerated me while they waited for the good stuff rather than one I was ever going to win over.

I realised I'm not entirely comfortable with such things either and found the tidying up of leads to be much more fascinating than usual in that at least it gave me somewhere to look.  My wife, meanwhile, speculated on the process of waxing certain body parts and complained that the number of people videoing on their mobile phones made it seedy. Personally, I'm not convinced it wouldn't have been seedy, even without the mobile phones...
Posted by .44 Pistol at 04:24 No comments: